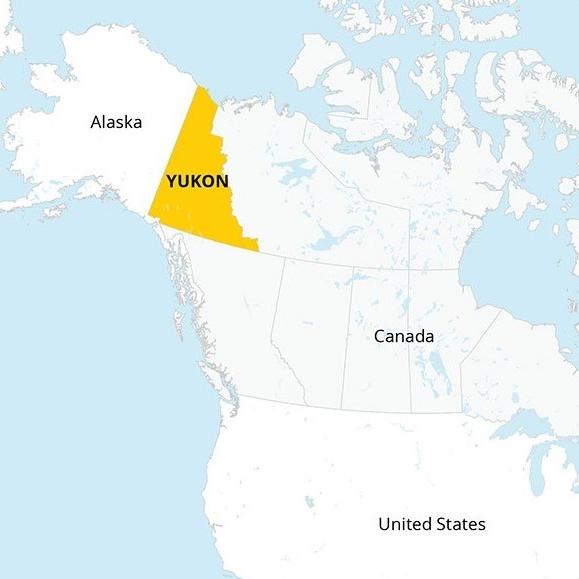 One of three Canadian territories, the Yukon is situated in the northwest corner of Canada's continental mainland. Bounded by the 60th parallel in the south, the Beaufort Sea in the north, Alaska to the west and the Northwest Territories to the east it covers an area of 482,443km2 (186,272m2).

Winter and Spring in the Yukon

Average hours of daylight:
- Ranges from 4.5 hours in December to 15 hours in April

The southern parts of the Yukon have a sub-arctic climate which means winters are dry and cold. In the north, the arctic climate means very cold temperatures during winter. Visitors can expect snow from around mid October (earlier in the north) until mid April. Winter daylight hours are short, which just means more time for watching the northern lights. Because winter is such an integral part of the Yukon lifestyle, it is one of the most interesting times to visit.

The number one attraction in winter is northern lights viewing and during the day there are plenty of activities to tempt visitors such as dog sledding, snowmobiling, snow shoeing, ice fishing and more. The Yukon embraces winter with a range of festivals and events including extreme sporting events such as the Yukon Arctic Ultra and Yukon Quest – a 1,000 mile international dog sled race. Spring in April and early May brings the blooming of crocuses and the return of migrating birds as the snow melts. 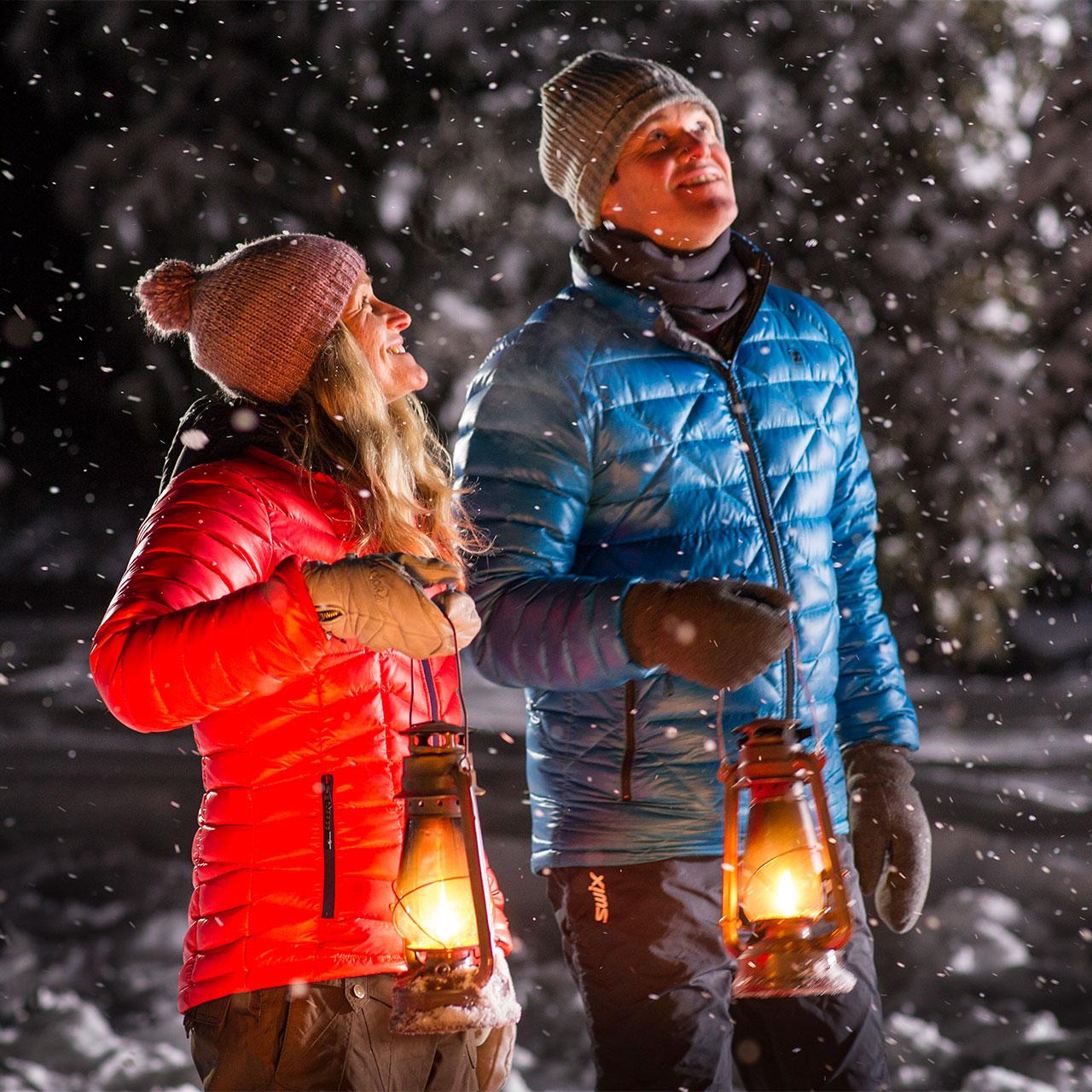 Summer and Fall in the Yukon

Average hours of daylight:
- Ranges from  20 hours in July (longer in far north) to 10 hours in October

The Yukon summer is generally warm and dry with long hours of sunlight – known as the midnight sun. The further north you travel, the longer the daylight hours and north of the Arctic Circle the sun doesn’t set at all on the summer solstice (June 21). Evenings can be cool. The summer season is relatively short, lasting from mid May to early September.

In northern parts of the territory the summer is even shorter. But because the days are so long, the season is busy with bird migrations, animals raising their young and wildflowers blooming in profusion. The long warm days also mean it’s perfect for outdoor activities. And yes, you really can read a book by the light of the sun at midnight!

The short fall season which begins in late August in the north and mid September around Whitehorse, is a stunningly beautiful time of year. The days are cool, the nights crisp and across the landscape the colours change to vibrant yellows, pinks and reds. With the return of darker skies at night, the northern lights become visible once again. 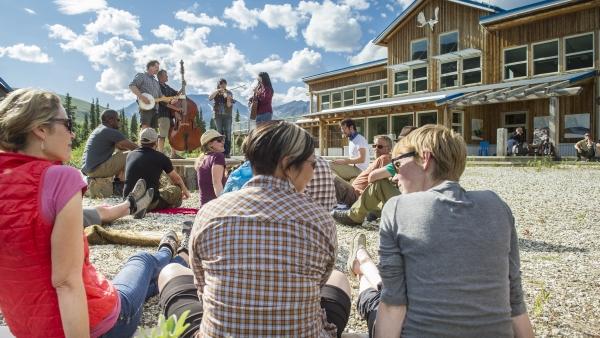 The Yukon is sparsely populated with the majority of people living in the capital, Whitehorse. The population density of the Yukon is just one resident per 13km2 (8.1mi2), so there’s plenty of room to move.

As of early 2016, the Yukon’s total population was 37,642 with 29,092 people living in Whitehorse. The next largest community is Dawson City with a population of 2,128. The remaining 6,422 are spread out among the Yukon’s smaller communities.

Although the majority of the population is of European descent, First Nations people make up approximately 21% of the total population across thirteen First Nations. A 2011 survey revealed the most common countries of birth for immigrants were the United Kingdom (15.9%), the Philippines (15.0%), and the United States (13.2%). Among very recent immigrants (between 2006 and 2011) living in the Yukon, 63.5% were born in Asia.

The Yukon’s population increased steadily from 2004 through to 2014 before dropping at the end of that year. It wasn’t until mid-2015 that the population began another upward trend with early 2016 reaching a new record high.

The population is almost evenly split between males and females. It is also an aging population, with the number of people 65 and older increasing over recent years, while the under 14 age group has been declining.

The majority of Yukoners report English as their mother tongue (83%), with French being the second most common (4%). There are also eight First Nations linguistic groups and the Yukon Language Act recognizes the significance of aboriginal languages in the Yukon.

Find out more about the Yukon’s Communities 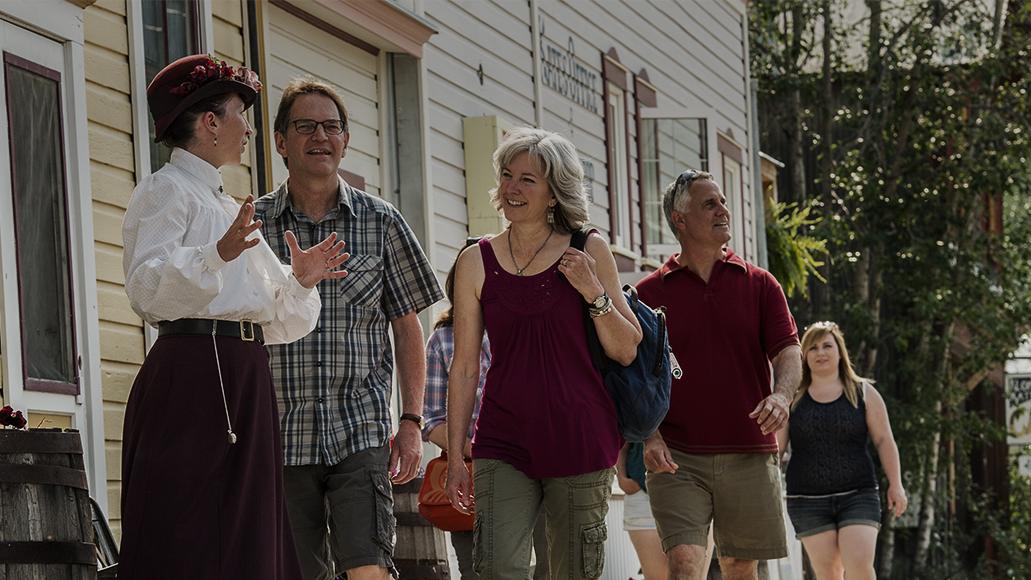 The earliest evidence of human habitation on the North American continent, thought to be about 20,000 years old, was found in the Blue Fish Caves in Northern Yukon.

The Athapaskan culture, to which most Yukon First Nations belong, is more than 1,000 years old. They lived a semi-nomadic lifestyle in small groups, hunting and fishing seasonally.

In the 1800s, Russian explorers began travelling along the Alaskan coast, trading with the coastal Tlingit people who also traded with the interior First Nations, effectively acting as “middle men” in trades between the First Nations and Europeans. In the mid-1800s, Hudson’s Bay Company and independent American traders started setting up trading posts along rivers in the region. Following the traders were Anglican and Roman Catholic missionaries.  Rumours of gold in the area had been reported by traders, but little was done about it. However, in 1896, when a major strike was discovered in a tributary of the Klondike River, the pivotal event of the Yukon’s history, the Klondike Gold Rush, began. However, the gold boom was short-lived and although mining continued until the 1960s, by 1921 the Yukon population was less than 5,000.

The territory remained relatively undeveloped until 1942 when 30,000 U.S. Army personnel arrived to construct the Alaska Highway. Built in order to link the U.S. Mainland with Alaska and improve strategic war efforts during WWII, the highway changed the Yukon forever.

In 1953 the Yukon’s capital was moved from Dawson City to Whitehorse which, due to the highway, had become the economic centre. More roads were constructed which eventually led to the demise of the riverboats that had plied the waters of the Yukon River since the gold rush.

Today the Yukon’s main industry is still mining, with tourism, retail, construction and government services rounding out the economy.